Like the Mustang that inspired it, the Capri appealed to a class of driver who had been ignored for far too long.

The Capri was just right for drivers who needed more than two seats but still hankered after a sports car, and one with family-car running costs. The new car’s style, its performance, value-for money and character were a revelation.

The opposition reeled, went green with envy, and looked around to see how they could fight back. It took years before they made it, and it was never easy. Every time a rival produced a car to fight the Capri, Ford moved on another step. The restyled MkII, a hatchback instead of a coupe, arrived in 1974. The smoother MkIII followed in 1978, while the best Capri of all the 2.8i did not appear until 1981.

This is a story that doesn’t only bristle with mushy memories of style and performance, but with the sheer volume of sales. This is an 18-year saga of three distinctly different Capri types, built at two sites Halewood in the UK, and Cologne in Germany. It is a saga where model followed model, engine, transmission and trim choices proliferated, and the cars seemed to sell well everywhere.

One figure tells the story: between 1968 and 1986 no fewer than 1,886,647 Capri’s were built. Perhaps the Mustang had sold faster in the USA in the 1960s, but in European terms these sales were unique. In the 1970s the sales figures proved that Ford had got its forecasting exactly right. In 1970, the first    year in which all Capri types were on sale at the same time, no fewer than 238,914 were produced. Nearly a quarter of a million in a year! That’s impressive enough but there’s an even more impressive statistic that shows how well the Capri was received – in 1970 one out of every four new European Fords was a Capri.

The Capri was finished for a special preview in Bonn, Germany on 21 January 1969, and then went on to be released to the press on 24 January at the Brussels motor show. There had previously been a press preview in Cyprus, but Ford had requested that nothing about the new car be published until 24 January to coincide with the motor show. Remarkably enough this request was honoured and the Capri caused a sensation. By now Ford had started production of the Capri at Halewood in Liverpool, England in November 1968 to try to ensure that every Ford dealer had at least one Capri on the forecourt on 5 February 1969. The Capri was sold as “the car you always promised yourself” and over the next eighteen years nearly two million people in Europe and America fulfilled that promise. Eleven years after the Capri was launched it was still in the top ten selling cars in Britain, something that is impossible today.

The likes of Jackie Stewart, Cliff Richard and of course Bodie and Doyle from the UK TV series The Professionals, all drove Capris at one time or another. And whether you like or hate the Capri it remains a part of motoring history that carved a place for Ford in a part of the market it had never been before and set the trend for others to follow. 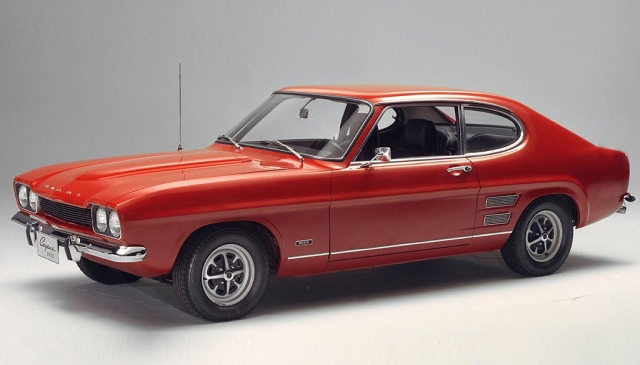 By 1973 the Capri had sold over a million units. However, sales had begun to drop off and a new model was called for. The Mk II Capri project was codenamed “Diana” for reasons best know to Ford ! The new Escort was “Brenda”.

The most obvious difference between the MkI and MkII Capris was the hatchback. What had been sold as being a practical car, suitable for a family, was now even more practical. The overall style of the MkII Capri was obviously an evolution of the MkI design, even though some key features such as the “hockeystick” side mouldings were missing. The new design was longer, wider and taller than its predecessor. Mechanically the MkII’s were generally similar to the MkIs – but most areas had been improved. The rear track was increased by 2.2 inches, bigger brakes, softening of the suspension. Altogether Ford claimed 151 modifications. The four cylinder engines, whilst still available as 1300, 1600 and 2000, were replaced by the new overhead cam “Pinto” engine for the 1.6 and 2.0 versions. The 3000 was still the Essex V6.

The gearbox was new, along with a new range in interior and exterior trim. Following Ford’s purchase of the “Ghia” styling company the name Ghia was to be used to denote the top of the range car for each of the models produced by Ford, and is still used today. The MkI X, L and R system was replaced by L, GL, XL and GT only. There were other options available such as the automatic gear box. And as was the case on the MkI dashboard the GT models had six clocks whereas the lower specifications models had only two. Launched on 28 February 1974 the MkII Capri actually overlaped with the sale of the RS3100. Six models were available with prices ranging from £1731 for the base 1300L to £3109 for a 3000 Ghia.
As was the case for the MkI there soon followed a range of special editions and improvements to the MkII Capri.

1978 saw the final major changes to the Capri. Apparently the new Capris were never officially referred to as the MkIII, but to everyone else there was no better name. Project “Carla” began in April 1977 with the first cars available in March 1978. There were extensive changes to the exterior of the MkIII Capris to improve the aerodynamics. The front of the car was the main focus of attention with the distinctive quad headlamps and extended leading edge to the bonnet and louvered grille. These changed meant a reduced drag coefficient of a claimed 0.403 compared to 0.428 on the MkII. Further changes to the “S” Capris reduced this figure further to 0.374. This lead to improvements in economy and performance.

Other external changed included plastic side mouldings along the doors and a plastic boot mounted rear spoiler. The interior remained very similar to the MkII interior, which in turn had been passed on by the MkI facelift Capris. There were new trim colours available, and a smaller sportier steering wheel. Mechanically there were many subtle but important improvements. The suspension was upgraded with the gas filled Bilstein dampers available as standard on all models, and thicker anti-roll bars on the sports models. The engine range remained the same, with some improvements to the 1300 and 2.0 Litre. 2.3 litre V6 engines were available in mainland Europe.

As with the MkII the range of trim options available was refined. There was the base model followed by L, GL and Ghia as the top of the range. The “S” sport models were also available. As the production of the MkIII developed there were many changes and deletions to the range. Throughout this final run of Capris there were many special additions and improvements, with the Capri 280 “Brooklands” being the last Capri available. 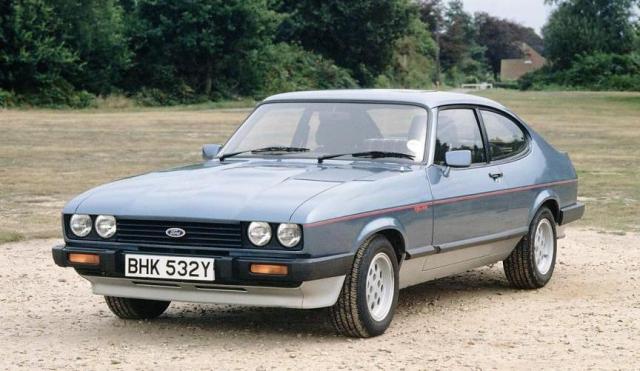 The Capri name was also used by Ford’s Lincoln-Mercury Division on six different models which did not bear the Ford name. The Lincoln Cosmopolitan Capri from 1950 to 1951; the Lincoln Capri from 1952 to 1959; the Mercury Comet Capri in 1966–1967; and three different generations of Mercury Capris from 1970 to 1994.

During a recent visit to a car pageant I spotted the Ford Capri and the Mustangs were not to far away. I spotted a lot of similarities like the vents for a start, seen these before? The Wheels look similar (apart from the 4 & 5 lug differences). The central crease down the side of the car, the upper rear vents replaced with glass. Similar grills. The Capri badge in the same place as the Mustang on the front wings or Fenders. 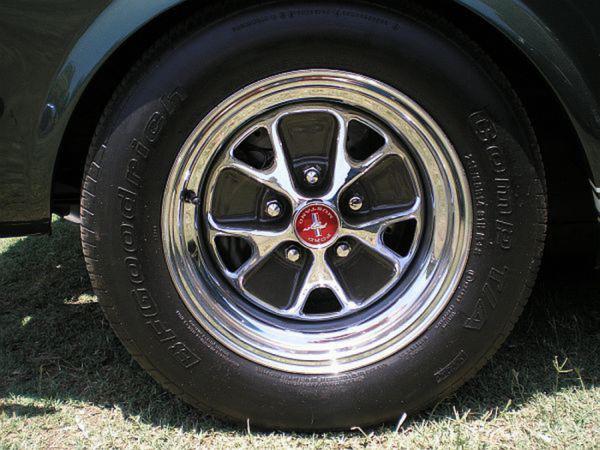 Am I on the right lines with this or not?

I was contact by a fellow blogger http://macingosh.com who informs me “The Capri was built (and sold massively) in Germany as well until 1986, following the same conception as the Mustang before.”  He also went on to say that “in Germany Capris had the nickname:

There is a good link to the Capri on the German version of Wikipedia.

Thank you very much for the input to the page. Please keep the comments coming in as they are much appreciated.