This was my fourth car show of year and was in a beautiful little village in Suffolk called Elveden, the best bit was that this show was to be held within their Walled Garden. This was my first trip here and wasn’t to sure what to expect. The sun was promised all day and most importantly no rain! Make a note here – that all four apps I use said “No Rain”. I had a beautiful drive to the show some back roads with very picturesque fields and open spaces. Window open, engine throaty burble and countryside. This was going to be a nice day.

I took rather a lot of photos during the day and decided to split them over a couple of days so it’s not photo overload. The main area was for the general public cars, I spotted that the Bury Retro Car Club was there in the club area. I explained to an official walking around that I wanted to join them as I belonged to the club. He said that I had to stay there within the public exhibition area, apparently “Health & Safety wouldn’t allow me to move.” 😦  I couldn’t be bothered to argue with him, which was down to the fact I was enjoying the nice weather and chilling with the cars. The second walled enclosed grass area was similar sized to the main area, but they had more room to spread out due to less cars in there.

Anyway, in no particular order I wondered up and down the rows of some gorgeous cars and chatted to some very nice owners, and few of them ladies which was a pleasant change.

A rare Crayford Cortina took my eye and was great condition. 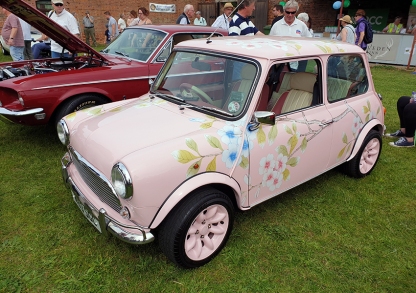 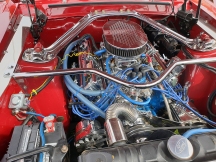 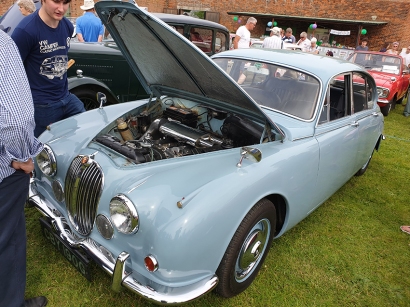 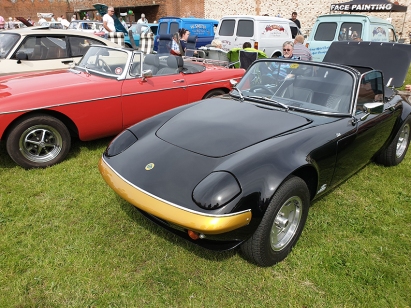 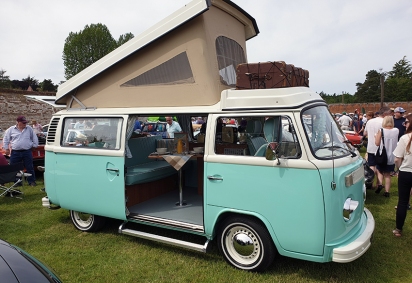 My car getting a little attention from the public. 🙂

There was a woman just standing behind my car saying “I’m in love.” I heard her as I walked back from the other area and stood next to her. I chatted for a minute or so unaware that I was the owner. She said I want to find the owner and ask if she if she could sit in it. I said to her “I don’t think he would mind”, and I opened the door. She said ‘you can’t do that’ and looked a little worried. I just smiled and said “Don’t worry, it’s mine, and do you still want to sit in it?” With that she handed the reigns for her toddler to her eldest son next to her and sat in my car. She sat there for a minute just staring at the dash. Then she wanted to know what all about the car, so I told her the story. She said that I had made her day, while her children took lots of photo’s of her in the car. I had some as well, but she explained for personal reasons, if I wouldn’t post them on any social media. I agreed of course and she explained to me why. So for that lovely lady, consider your requests granted, but I also have to say it was my favourite part of the day.

Tomorrow I will post ‘part 2’ where we will have the club stands, Hot Rods and some super cars too.

I'm just a man with a Classic 1966 Ford Mustang Coupe and an ever increasing collection of car detailing products to keep it clean. When I first started this blog this is what I wrote: "I had bought a project car that had been neglected, set fire to, rusted and abused. As a result of all that the car needed a bare metal strip down, a nut and bolt restoration." Four and a half years later the car was completed, on the road and shown at the UK's premier Classic Car Show, everything that was done to that car is documented here. I now have the privilege to drive one of America's most recognised cars and a true Icon, the Ford Mustang. I'm still sane after the blood, sweat and tears, so would I do it again? Oh yes!
View all posts by One man and his Mustang →
This entry was posted in Car, Car Club, car shows, Photo's and tagged Bury Retro Car Club, classic cars, Cortina, Crayford Cortina, Elveden 2019 Car Show, Elveden Classic Car Show 2019, Elveden Classic Cars, ford, Mustang, One man and his Mustang. Bookmark the permalink.