During a trip to a car show, I was held up in traffic and a long line of cars built up pretty quickly and it was nose to tail for about a mile. The guy in the car behind me found me in the show to say that my brake lights weren’t working. This is a major worry as I didn’t want anybody to come smashing into the back of the car.

While the brake switch was being replaced I changed the switch from the standard manual brakes to the powered brake version. What’s the difference? Well, the powered brakes version spring has a less resistance before it completes the circuit. As the powered brakes need less brake pedal travel to operate, compared to the manual brakes where the pedal needs to travel further to operate. In other words, the pedal moves less before the brake lights come on. If you leave the manual switch in place and you lightly touch the brakes, the brake lights may not be operated.

What’s in the box:

A blister packaged switch. The sharp eyed may notice that the switch is for a 67-68, but the brake bar is the same. The only difference is the terminal connections are on the opposite side. More on that a little later.

The switch and the lever are held in place by a fairly strong retaining pin. 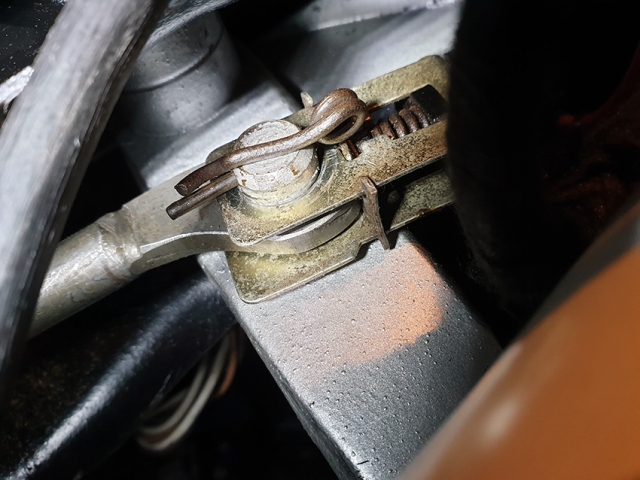 The first thing is to remove the retaining pin, this could be rusted in place so perhaps a little penetrating oil would help. I used a long pair of angled pliers to pull it out. I knew mine would come out easy enough, but it could be worth while placing a cloth over the steering column to prevent any damage if you slip. 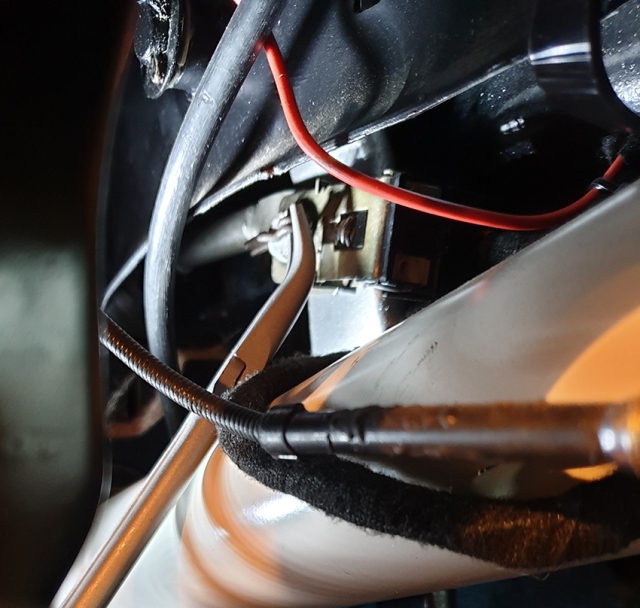 With the pin removed the connecting bar to the brake master will be able to be pulled of the pedal.

Move the brake lever halfway off the pin. This will release the closed part of the switch casing, a hole which the pin fits through in order to stop the switch from coming off the pedal pin.  The switch can now be pulled down as the other side of the switch is open at the top of the side casing to allow the switch to be removed, thus saving the complete removal of the brake lever bar if you didn’t want to. In my case I wanted to regrease the pin and bushing, so I moved the lever completely of the pin. Take care to retain the plastic bushing inside the lever bar if you remove it fully. There is also a nylon washer on the pin which doesn’t need to be removed against the pedal itself, but you can if you want to.

I sprayed the pedal pin with some white grease ready for reassembly.

The switches are pretty much the same apart from the position of the terminals, I suspect that this was so you could tell them apart. 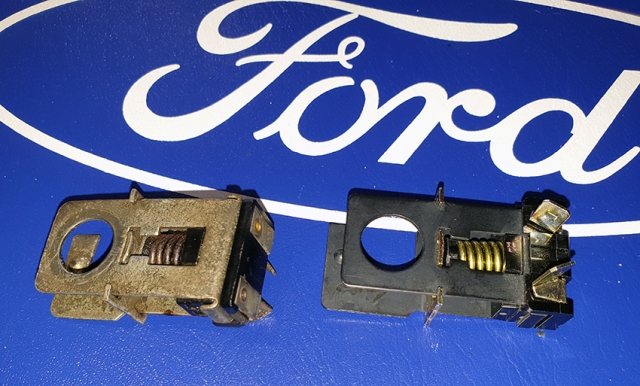 The other side of the switch where you can see the open side as it were. Notice the terminals on the left manual switch are facing up. 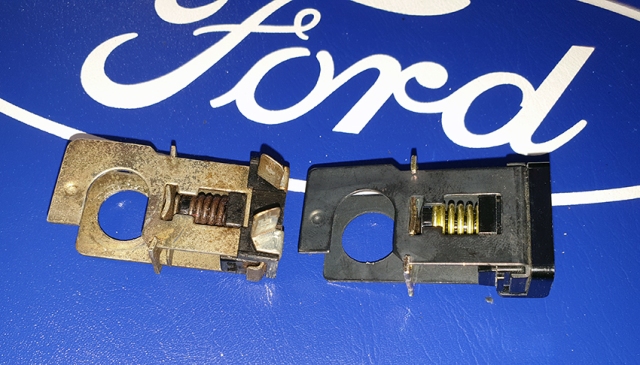 Place the switch up to the lever bar which will sit between the open and closed sides of the switch. Align the holes and slip it back over the pedal pin. If you may need to slightly rotate the switch so that the open end is located all the way home up to the pin. The switch itself should sit square and in line at the end of the lever bar as shown here. If the switch is not located square, the lights could be on all the time or not come on at all.

The lever bar has straight edges deliberately, this means when the pedal is depressed the lever bar moves on the pin axis and the edges press the top of the switch down to make the contact.

Check the motion of the pedal and you should here a very faint click as the switch engages. The retaining sprung pin can be located into the hole in the pedal pin. This is quite a tough spring to open around the pedal’s pin properly located. Here the retaining pin tip is located.

You may need the pliers on the spring a little to get it passed the pedal pin and snap into place. 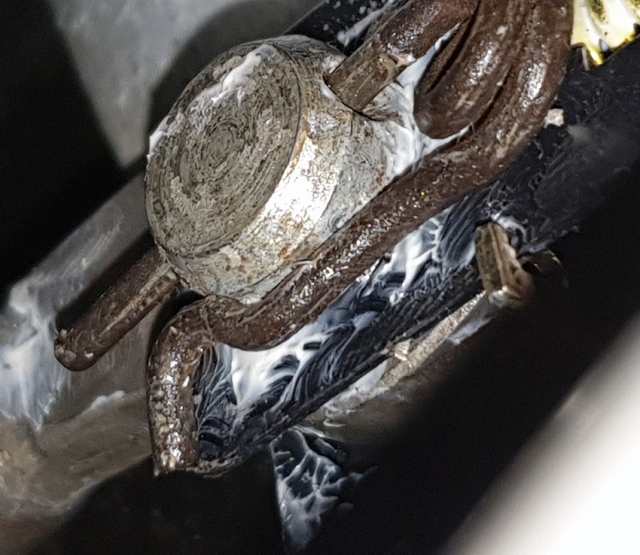 A little more white grease and now you can pump the pedal to make sure full and correct operation. 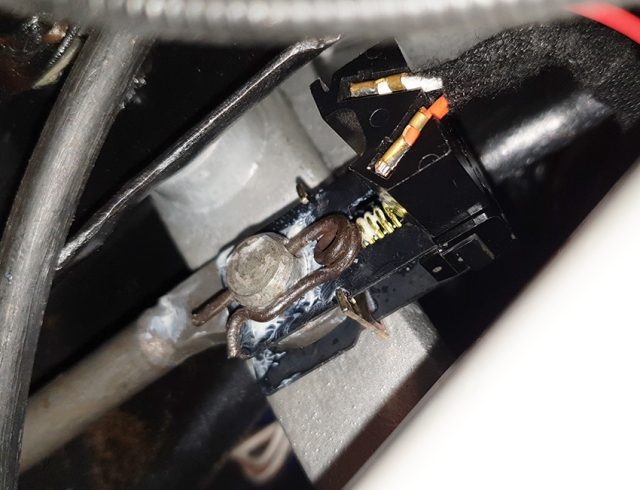 From a slightly different angle.

Again now check the FULL motion of the pedal and make sure everything is clear from snagging. You should now be able to check that your brake lights are now working correctly.

The pedal moves a lot less now before the brake lights come on, more sensitive if you like. Hopefully, this will give the following traffic more warning that I am braking. No visible change can be seen as it’s all under the dash.

A simple job took half an hour, the worst part was getting the retaining pin to locate properly again.