Things have been busy over the Christmas and the New Year holidays.

Most of last week the garage has been emptied and space has been made to get my classic home. I have measured the space and it’s gonna be TIGHT. The weather is bad and the damp is causing issues on the work I have done so far,  so some of the work on the polished steel needs to be done again. Not best pleased but that’s what happens when it’s outside. Hopefully it will be in the dry and will be lot happier. I will be able to work on it in the garage till late as there is a light. Not much room around her but I will have to get her mobile and be able to move her in and out of the garage on her own.  Saturday will be a busy mental day. Will I get her in? I will let you know! 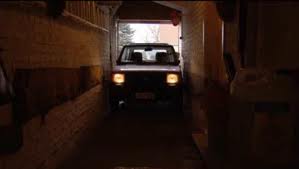 This make very interesting reading, OK so it’s not a massive countrywide or worldwide poll, its only the people who voted. The holiday is supposed to be the celebrating the Birth of Christ, but it has become so commercialised and the world we live in has become so stressful, are these results unexpected?

I was surprised a little but not shocked. I will let you make your own minds up!

Being with Friends and Family = 25%

Thanks to all those that took time to vote. I will leave the best looking Mustang running as there is no need for a time limit along with the best car chase ever.

Keep up the New Year resolutions – or have they all been dumped already? 😦

I'm just a man with a Classic 1966 Ford Mustang Coupe and a collection of tools that just keeps getting bigger in order that I could do the job right. When I first started this blog this is what I wrote: "I had bought a project car, that had been neglected, set fire to, rusted and abused. As a result of that she needed a bare metal strip down, a nut and bolt restoration." Four and a half years later the car was completed, on the road and shown at the UK's premier Classic Car Show, everything that was done to that car is documented here. I now have the privilege to drive one of America's most recognised cars and a true Icon, the Ford Mustang. I'm still sane after the blood, sweat and tears, so would I do it again? Oh yes!
View all posts by One man and his Mustang →
This entry was posted in Car, General, Polls and tagged christmas, drink, garage, holidays, steel, stresfull, tight, weather. Bookmark the permalink.