A Glimpse Of Colour

As each batch of photos of my car in the paint shop are sent to Adam at Mustang Maniac I get more excited. The new process for letting me get to see them, a single teaser photo, followed by the rest of the batch once Adam has sorted them out, or thinks I have sweated it out long enough. 🙂 I know Adam has been keeping a real close eye on the progress and has supplied the colour swatches for the interior paint. The preparation and speed of progress on the car is just amazing, so much so that I am beginning to wonder, will I get an early Christmas prezzie in the form of my car fully painted? These few pics show more primer and blocking work before the colour top coats are applied. 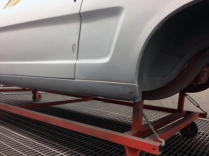 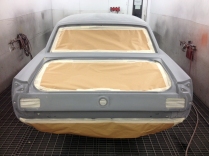 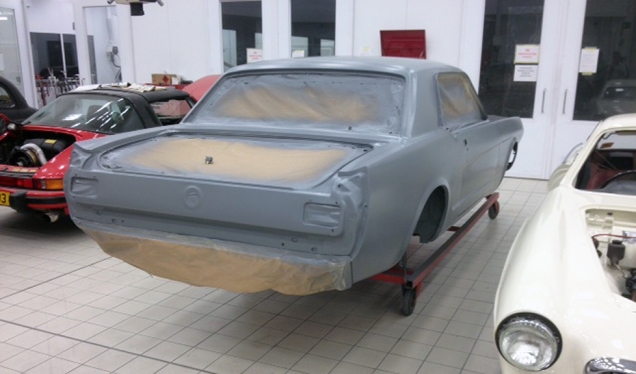 The trunk has had the inside cleaned up to remove any light rust and the bits I inevitably missed. The shiny steel almost looks to good to paint, but seeing the top coat of colour on an outside panel soon changed my mind.

Now the paint has dried out, but not yet fully cured as that won’t happen until the engine runs and gets hot of course. In the mean time I replaced the parts I intended to: The water thermostat and chrome thermostat housing, water temperature sender unit, water heater elbow connection and new distributor vacuum advance valve. 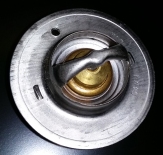 The egine now looks like new, all except the old distributor cap and rocker covers that I put back on for now, that’s just to keep the dirt and dust out until we are sure the valves don’t need to be adjusted. Then the proper ones will go on in the car later.

I AS I have been busy behind the scenes too, I have added a couple of walk through photo sets for refurbishing the starter motor and replacing the water thermostat on the engine.

There are lots more photos in the above link. 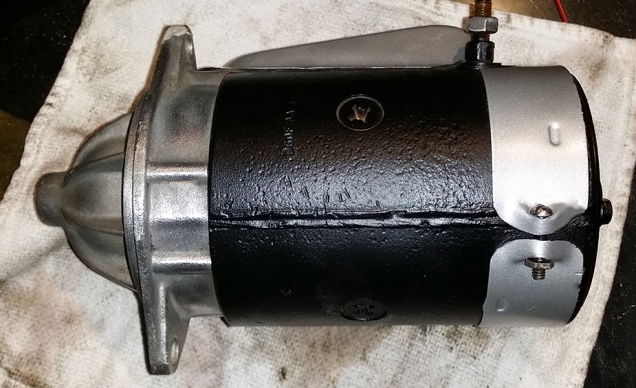 Again more photos in the link above.

Those sharp eyed among you will notice that the distributor looks a lot better than it did. It has of course been restored, as soon as I have sorted those photos out I will post a photo walk though of that distributor refurbishment process. Watch this space!

I'm just a man with a Classic 1966 Ford Mustang Coupe and an ever increasing collection of car detailing products to keep it clean. When I first started this blog this is what I wrote: "I had bought a project car that had been neglected, set fire to, rusted and abused. As a result of all that the car needed a bare metal strip down, a nut and bolt restoration." Four and a half years later the car was completed, on the road and shown at the UK's premier Classic Car Show, everything that was done to that car is documented here. I now have the privilege to drive one of America's most recognised cars and a true Icon, the Ford Mustang. I'm still sane after the blood, sweat and tears, so would I do it again? Oh yes!
View all posts by One man and his Mustang →
This entry was posted in Articles, Car, Photo's and tagged Acapulco Blue, christmas, colour, distributor refurbishment, etch primer, Mustang, Mustang Maniac, One man and his Mustang, paint shop, rocker covers, starter motor, Thermostat replacement, top coat, walk through process, water sender replacement, water thermostat. Bookmark the permalink.

2 Responses to A Glimpse Of Colour