Posted on September 1, 2019 by One man and his Mustang

Last weekend was another double header car show, both of which I was looking forward too. On the Saturday was the Knuckle Busters shows at Stonham Barns for American cars to be held over the full bank holiday weekend, that’s four days if you read the leaflet. Then on the Sunday it was Lavenham Classics Car Show. Last year it absolutely poured down with rain, a show that I left early from as it was that bad. So this post is a double car show delight. The weekend was promised hot days everyday and they weren’t wrong.

Saturday: I got up a little late as the snooze button was to much of a temptation as the dogs couldn’t settle and kept me awake for a fair amount of the night. Everything was ready the night before and I just had to fall out the door and get in the car. Knuckle Busters is an all American affair which I was eager to be a part of. I arrived at ten(ish) thinking there would be a queue to get in. Driving closer to the main entrance no cars. They were doing well with the marshalling. Then I got to the main entrance, I was told it would be £10 to enter for the day, it was £10 each day actually. When I looked at the field it wasn’t full and they marshal felt sorry for me (I think) and let me in, free. I was told what area to park in and I could take my pic. The options were (not) limited. 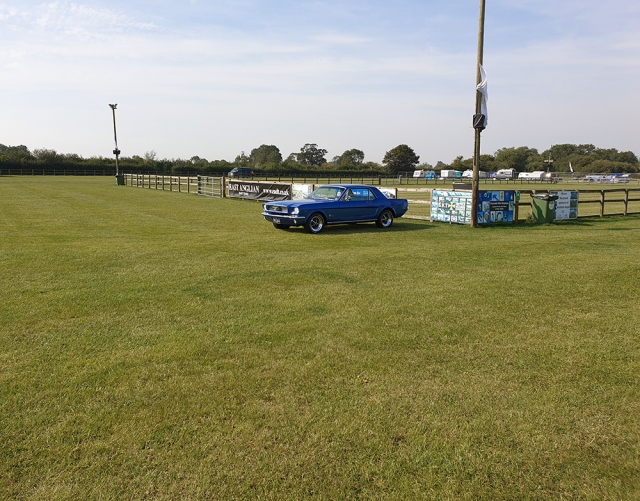 I checked the leaflet to make sure I had the right day! 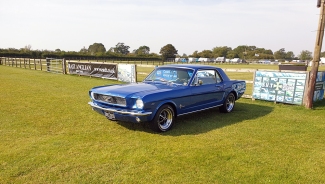 Yep, Friday, Saturday, main day on Sunday and leave Monday so it says. A little bemused I wandered around the only stall that was set up and listened to the conversation. People were supposed to turned up Saturday evening for the bands and not during the day for a pre show as it were. Well, apart from the odd car, I was the odd one! 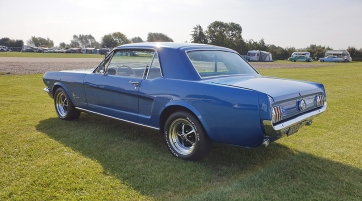 The food stalls weren’t open so I was missing out on a bacon roll, people were wandering back to their caravans while pulling barrels of water which were dotted around the outside of the field with the odd American tucked up next to them.

After an hour nothing was happening, for the first time at a car show I was bored. I had read the news on my phone, checked my emails and posted a social media or two. I heard a nice v8 rumble and got excited, only for it to coast go back to the caravan. I was the only car on the ‘Show Field’. I played a little game – I decided that I was the judge for the day.

Obviously I won the (imaginary) trophy for ‘Best In Show’. 😂

I know this is a good show on the Sunday, but don’t post it as a weekend event if it’s not!! The funny thing is that I filled up with fuel on the way home, I had a couple of conversations in the petrol station about my car which was more than the whole time I was at the car show. 😀

Sunday: Up bright and early with everything being set out ready the night before. Not quite so local this show, but it’s a beautiful drive through the countryside with some wonderful scenery going through some tiny little villages. Lavenham Classics Car Show is a charity event and cost £10 to get in. I arrived at the gates as was marshalled in, there was no queue. I pulled into the field and people were parking up. I was shown to the American area and Again I had pick of the area as I was first there. I parked on the end which would be one of the first cars you see when you walk in and look to your left.

This is a unique show as it’s arranged in a circle and not straight lines. shortly after I arrived and messed around with the cleaners I started to chat with the other arrivals. A ’67 Convertible, and a lot newer Roush powered S550 Mustang. There was also some Corvettes who took up the rear of the area, we were all spaced out nicely. I took a walk around the relaxed and very friendly show, I just walked around clockwise. 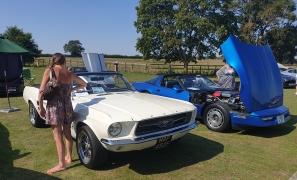 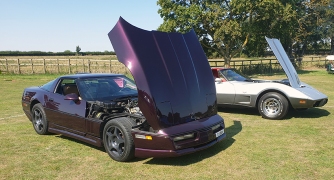 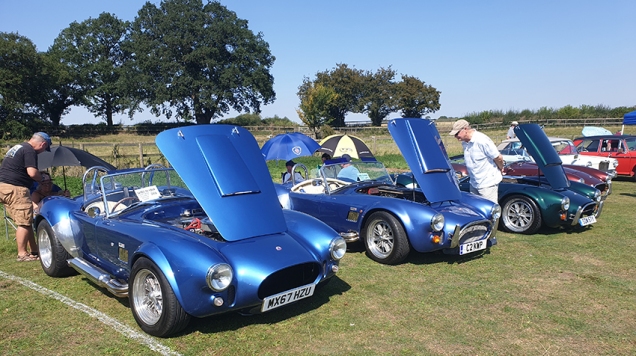 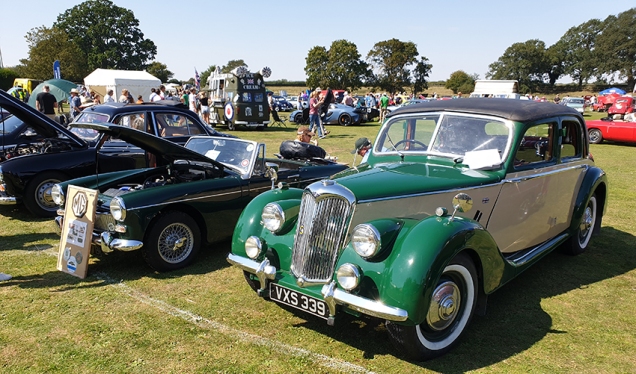 This Renault was a huge car and a full nut and bolt restoration. 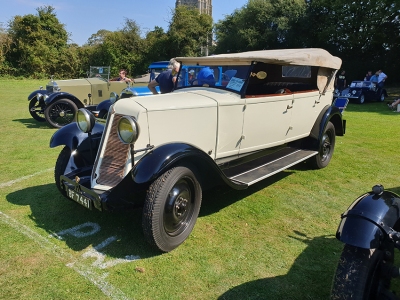 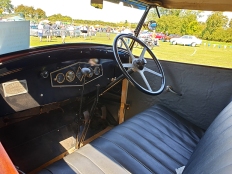 This very early MG had a rare kit for a bolt in super charger.

A few super cars turned up which were parked near the entertainment tent and the BBQ food. There was a guy on an acoustic guitar that played a long set which included a couple of Pink Floyd songs, one of which was Wish You Were Here, simply brilliant. 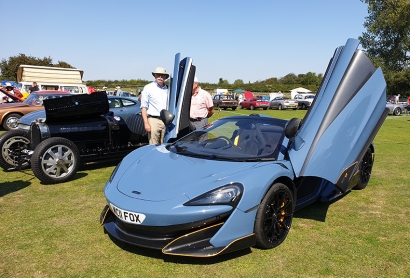 The rest of the cars. 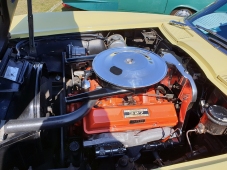 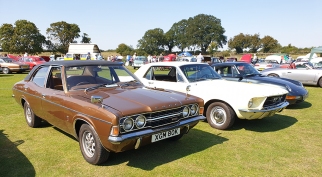 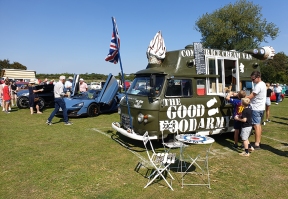 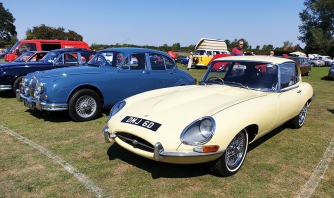 Then back to our Americana little section. 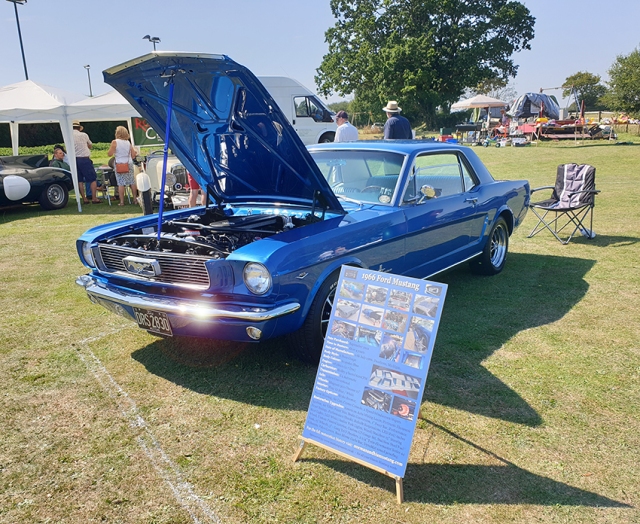 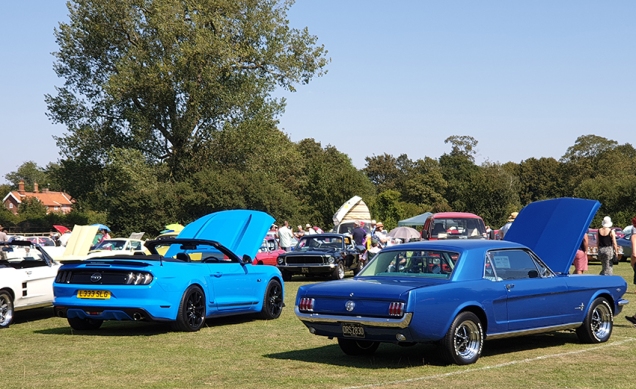 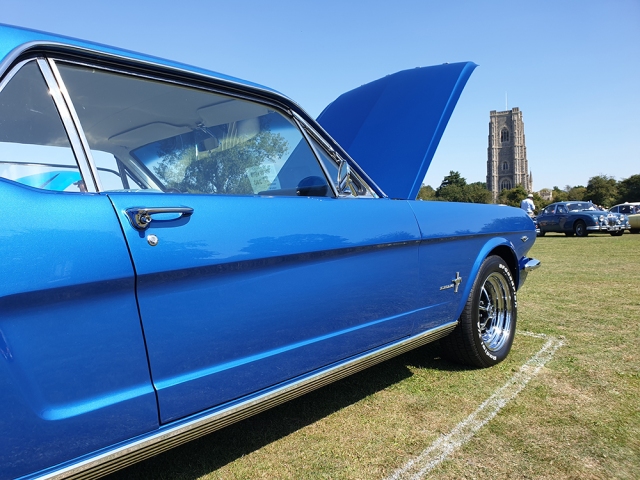 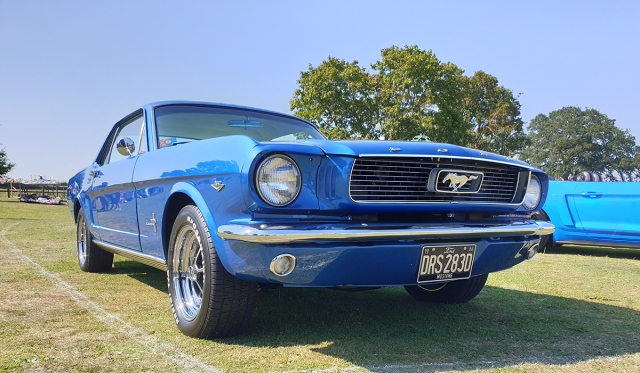 There are a number of behind my car shots, if you are wondering why; I had the luxury of finding some shade instead of keeping out of the rain.  😎

The overall view from my slightly up on the hill pearch? 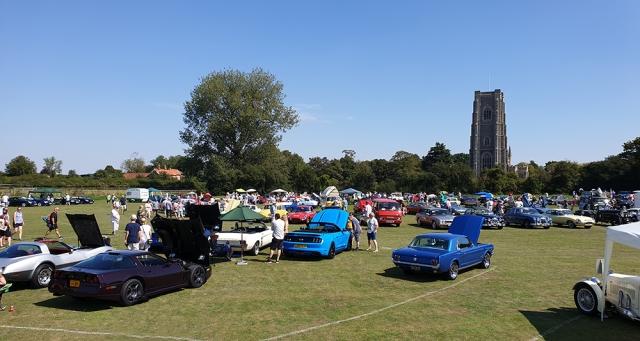 This week I was going to post a little bit of work I had done on my car after the Stonham Barns show where I left early. That can wait till the next post now.

A great weekend with beautiful weather for a UK bank holiday for a change. 😃

I'm just a man with a Classic 1966 Ford Mustang Coupe and an ever increasing collection of car detailing products to keep it clean. When I first started this blog this is what I wrote: "I had bought a project car that had been neglected, set fire to, rusted and abused. As a result of all that the car needed a bare metal strip down, a nut and bolt restoration." Four and a half years later the car was completed, on the road and shown at the UK's premier Classic Car Show, everything that was done to that car is documented here. I now have the privilege to drive one of America's most recognised cars and a true Icon, the Ford Mustang. I'm still sane after the blood, sweat and tears, so would I do it again? Oh yes!
View all posts by One man and his Mustang →
This entry was posted in car shows and tagged Best in show, classic cars, knuckle busters, Lavenham, Lavenham Classic Car Show, Mustang, One man and his Mustang, Stonham Barns. Bookmark the permalink.

6 Responses to On My Own