No, this post is not about a horror film psycho running about generally being a pain in the ass, but more about the horror of a hangover I had this morning! The hangover was from the team night out that was a real good evening and to be with work colleagues that I also call my friends. I had a day’s holiday owning to me which was just as well because the older I get the more light weight I seem to be getting where this hangover lark comes into the scenario. Alas my self-inflicted pain started to ease at about ten o’clock(ish) this morning. I decided to make good use of my time off by making some small but subtle changes to my humble little blog, this obviously meant that the car had a break just for today. As for the new blog? Well everything is still there and no unexpected changes for the style, layout and functionality, but I wanted to freshen the pages up a little if that makes sense. The blog should now be a little easier to read while maintaining the darker theme and background. The side bar has been tidied up with a few little tweaks made as well. If you can’t tell the difference but it somehow looks a little difference, then I think I have achieved what I set out to achieve, plus it also gives me an excuse to use this picture I found on the net which I quite liked. The changes were not just for the sake of it but it’s something that has been personally bugging me and just looked cramped for some reason. I still haven’t managed to put my finger on it as for the reason why it looked cramped but the feel of the blog just felt like it. during my search for the right theme many were trawled through, some even reminded me that the residual effects of the hang were lurking in the background when faced with gaudy and garish designs! I think I have chosen well from the WordPress themes.

I hope the new (more subtle) design is better, but please let me know if I should revert back or keep the fresher looking style. 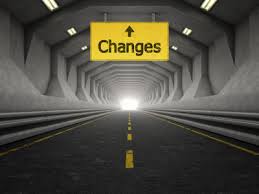 I'm just a man with a Classic 1966 Ford Mustang Coupe and an ever increasing collection of car detailing products to keep it clean. When I first started this blog this is what I wrote: "I had bought a project car that had been neglected, set fire to, rusted and abused. As a result of all that the car needed a bare metal strip down, a nut and bolt restoration." Four and a half years later the car was completed, on the road and shown at the UK's premier Classic Car Show, everything that was done to that car is documented here. I now have the privilege to drive one of America's most recognised cars and a true Icon, the Ford Mustang. I'm still sane after the blood, sweat and tears, so would I do it again? Oh yes!
View all posts by One man and his Mustang →
This entry was posted in Blog and tagged blog, changes, design, format, Hangover, Mustang, themes. Bookmark the permalink.

15 Responses to Friday The 13th