Last weekend sees the start of the car show season for me with a double show weekend. Starting on the Saturday was the Fast & Loud show held at the West Suffolk College. Sunday was the Stonham Barns Spring break.

Saturday was looking to be a good day with a chance of rain. As I was itching to get to a show I thought I would risk it, when I left it was overcast, but importantly still not raining. I left early to be there before nine and I arrived some fifteen minutes later. No sooner had I pulled into the car park it started to spit with rain. Baring in mind I had just had a Day in the Bay at Meguiar’s I was not happy. The show was to be for four hours ten till two so my car wouldn’t be exposed to the rain. I meet with my car club Bury Retro Car Club and parked next to their allocated spaces which just happened to be under a tree. Reluctantly I parked up. 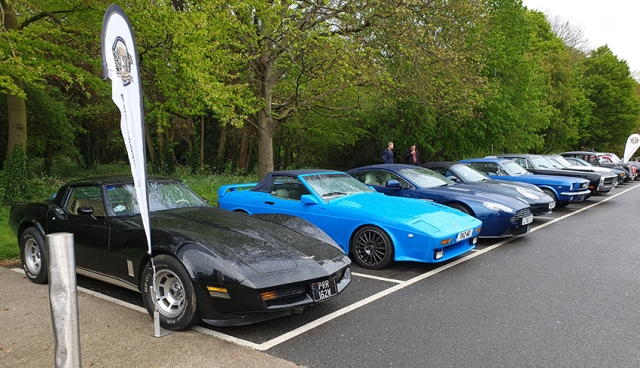 Shortly after parking a huge Chrysler 300 pulled in next to me. Now I thought my car was long, but just look at the extra length on this land barge! That is a seriously big car and it sounded amazing too. 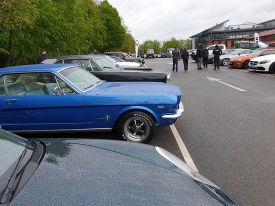 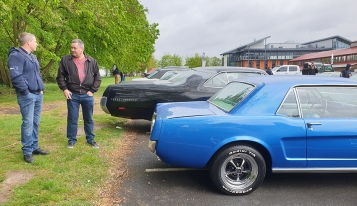 This car show was catering for the younger cars and mainly Japanese car scene with wheel cambers that looked like the suspension was collapsing and exhausts the size of my wheelie bin (garbage can for my American readers) that I put out each week. There was a period of around fifteen minutes where they started the cars up and revved them hard to see who could make the most noise, with over run back fires added for the final touch of aggravation on progressively worsening rain cloud.

The funny part was that the Chrysler 300 was louder on tick over than the cars trying to be loud. Not that I was laughing, much. However, I can appreciate the time and effort they had put into their cars, although it’s not my scene at all. The rain started to hammer down now and I was getting rather angry and wet to say the least, my car had been looking the cleanest it had ever been, now it was the dirtiest within same time it took the loud scene to finish their little audio scores to be settled. 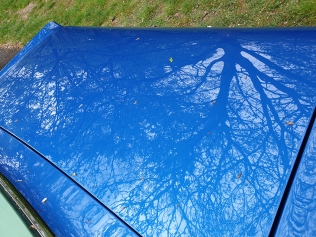 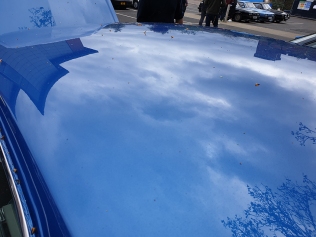 Leaves and tree sap were now trying to eat their way through my multiple layers of wax, this was now starting to give me the hump. I started a little walk around to look at the other cars before I decided to leave early from the show. The fast fords was fairly well represented and well-behaved I might add, and they were at the other end of he car park. 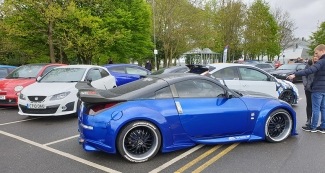 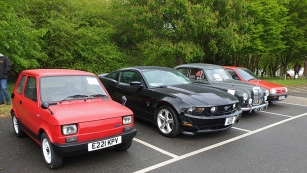 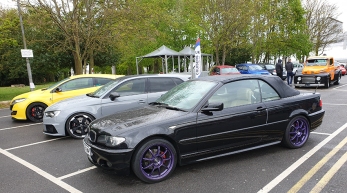 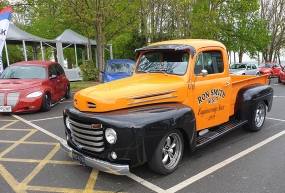 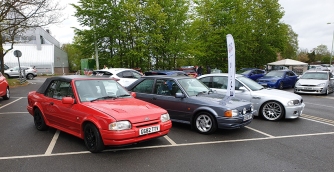 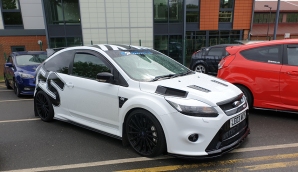 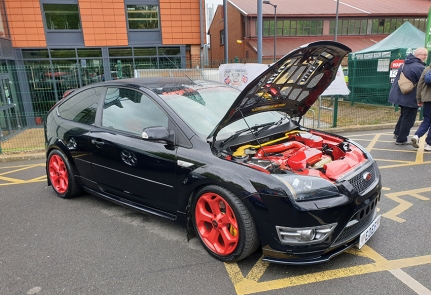 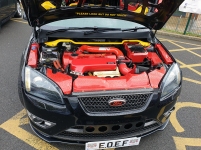 You don’t often get to see the Ford Capri now days, but here we had three line up together. These UK Mustangs, did look pretty cool and I think they were my favourites for the day. 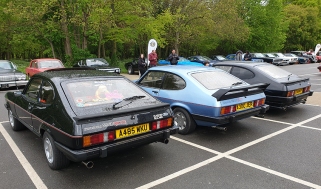 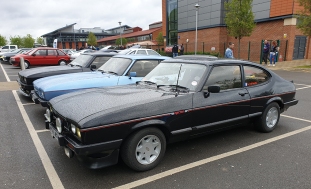 On the way back to my car I spotted some visitors which the kids seemed to love;

Just as I was thinking of leaving the big Chrysler was leaving too, but he decided to leave his mark, literally.

The rain also did me a bit of a favour as I have just reviewed a couple of products and the water would help me test the resilience of these newly applied products.

The first being the Mirror Bright Wax Paste which can be found here, or cut and paste the link;  https://onemanandhismustang.com/mirror-bright-wax-paste/

The second was my first tentative steps into ceramic coatings, this was from Auto Finesse for the Caramic range for glass, which can be found here, or just click the link;  https://onemanandhismustang.com/auto-finesse-caramics-glass-protection/

Then finally Auto Finesse product Iron Out which can be found here, or again paste the link;  https://onemanandhismustang.com/auto-finesse-iron-out/

After arriving back home I pulled straight into the garage and put my dehumidifier on dry while I started to dry and clean the car again ready for the next days antics. It took me two hours in total, which included the wheels.

First car show was a wash out, surely it had to her better?

I'm just a man with a Classic 1966 Ford Mustang Coupe and an ever increasing collection of car detailing products to keep it clean. When I first started this blog this is what I wrote: "I had bought a project car that had been neglected, set fire to, rusted and abused. As a result of all that the car needed a bare metal strip down, a nut and bolt restoration." Four and a half years later the car was completed, on the road and shown at the UK's premier Classic Car Show, everything that was done to that car is documented here. I now have the privilege to drive one of America's most recognised cars and a true Icon, the Ford Mustang. I'm still sane after the blood, sweat and tears, so would I do it again? Oh yes!
View all posts by One man and his Mustang →
This entry was posted in Car, Car Club, Car Detailing, car shows and tagged Auto Finesse, Auto Finesse Caramics, car shows, Fast & Loud 2019, glass ceramic paste., Iron Out, Mirror Bright, Mustang, oneman and his mustang, reviews, show season, Wax Paste, West suffolk college. Bookmark the permalink.

4 Responses to Double Wash Out (part 1)